With both media owners and ad buyers activating increasing amounts of first- and third-party data to improve ad targeting, effective transactions at scale are sometimes held back by legitimate data privacy concerns. Broadcasters and MVPDs, who often sell ads based on proprietary first-party datasets, need to ensure that this data is not “leaked,” with a risk of their viewers being retargeted across cheaper inventory outside of their sites and apps.

These concerns are currently exacerbated by traditional client-side ad serving, where the viewer’s device is touching the ad server and potentially presenting its IP address along with cookie information in web environments and device IDs in app environments. The first-party ad server might, in turn, involve the use of multiple third-party servers and expose the same viewers to being tracked by unknown companies, to the possible detriment of a broadcaster’s commercial model. In addition, advertisers can easily track users based on their device IDs, IP addresses, and cookie information, with the intention of retargeting those users across other parts of the internet.

By contrast, SSAI (server-side ad insertion) provides a middleware layer between the viewer’s device and the advertising ecosystem, as a by-product of the ad copy normalisation that flows from the stitching of content and ads in SSAI. This immediately affords a protective layer against the systems with which viewers are interacting, and means that no client-side executable code can be sent to a video player that would accidentally expose the viewer’s proprietary information.

However, this middleware buffer may not be sufficient in itself to convince broadcasters that there is adequate protection against the misuse of first-party data. To enhance its security even further, YoSpace partnered with SpotX to enhance its integrated SSAI offering. SpotX’s Audience Lock removes viewers’ proprietary data (Device ID, IP address, and Cookie ID) from the bid stream before it is exposed to advertisers in a private marketplace.

The idea for Audience Lock originally came from media owners themselves, who wanted to protect their revenues by preventing first-party user data from being upsold to third parties, who might in turn expose the audience segment to cheaper advertising deals.

What the use of Audience Lock provides to media owners and broadcasters deploying Yospace’s Live and VOD SSAI streams, is an assurance that their IP addresses and cookies will not be visible for the entire time that viewers are watching the streams. This is because any beacons that are being fired by Yospace’s client-side SDKs (to provide the essential and accurate ad tracking information) are being simultaneously proxied through the SpotX platform, instantly removing the proprietary viewer data. Therefore, even if ad tracking beacons are being intercepted by third parties, the data does not have the requisite information that will allow it to be upsold.

The integration of SpotX’s Audience Lock with Yospace’s SSAI means that media owners deploying SSAI streams can benefit from the monetisation afforded by ad tracking beacons, safe in the knowledge that, regardless of territory, the strict data privacy requirements under which they need to operate are being met, and broadcasters can be sure that their first-party data remains secure. This should also spin off into increasing confidence among the broadcasters’ viewers that their user privacy agreements are being honoured in every sense. 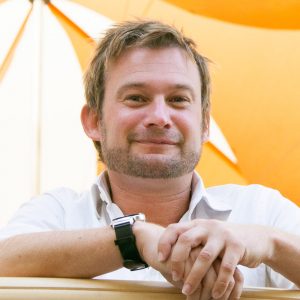 This article was written by Dave Springall, Founder & CTO, Yospace.