From Facebook to the big screen: the evolution of programmatic on Danger TV

Since its launch in September 2016, DangerTV has become an omni-platform destination for adrenaline-pumping thrills and awe-inspiring adventure programming. Viewers enjoy its short-form clips and full-length episodes across social media, mobile apps, and connected TVs, and the Danger TV leadership team has capitalized on monetization opportunities around branded sponsorships and programmatic video advertising. We recently spoke with founder and CEO, Javier Saralegui, to hear more about DangerTV’s impressive growth story, and his team’s perspective on the future of TV. 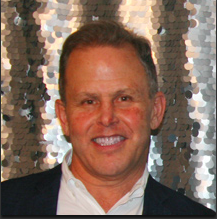 What gave you the idea for DangerTV?

JS: The inspiration behind DangerTV came about five years ago, while watching an animal attack show with my two sons on cable and realizing that there was nowhere near enough curated content on cable/VOD or on the web that begged the question: Would you have survived? It occurred to me that when men weren’t watching sports or news, they were probably watching a multitude of other things that included an element of danger. I realized there might be an AVOD streaming opportunity if we could create a name that was as much an organizing principle as it was a brand that delivered on an adrenaline-fueled promise. DangerTV fit the bill, felt authentic, and played to our AVOD aspirations, so we went with it!

How did you put together the initial team of founders?

JS: We had just sold a previous venture, JAGTAG, which focused on mobile QR codes. The key senior executives enjoyed working with each other and were ready for a new opportunity. I ran the idea of DangerTV past them and everyone was on board. This core team included myself; my brother Alvaro Saralegui, in charge of revenue; Scott Falconer, our CTO; Glen Thomas, who ran marketing; and Elliott Stein, who hadn’t worked at JAGTAG but brought valuable financial and media acumen.

How did you convince investors to participate in an angel round?

JS: Once all the founders were on board, I compiled a sample of 30 shows that played to our concept of danger. We met with some friends at Nielsen to get an idea of how well danger-centric content performed, and it was apparent in the ratings that virtually all of these shows were growing and that they attracted a younger audience. This confirmed for us that we had a viable concept, and the insight of a younger audience steered us toward streaming rather than a traditional cable channel. Our CTO created a demo mobile app with some streamable clips to show what the DangerTV user experience would feel like on a phone or iPad. We used this market data and the demo app to generate interest in our angel round.

JS: We had originally reached out to individual producers for danger-centric content, but quickly realized that process would take too long. While attending MIPCOM, the international programming conference, we discovered there were existing catalogues with dozens of titles of previously produced content that we could review, curate, and ascertain if available for US distribution. We also realized that a lot of the content that had historically been licensed was no longer being sold as cable networks moved towards new content creation to better compete for spots in MSO skinny bundles.

We made it clear to these catalogues that we thought there was an opportunity to get a second bite at the apple via advertising and that we were interested in their danger-centric content regardless of how old it might be. A shark fin peeking out of the water is just as scary now as it was five years ago when the show first aired. Once we were able to secure a couple initial titles, other partners were willing to come on board.

What was the first proof point that you and your team were onto something?

JS: When we first started posting short-form clips on Facebook, we saw much higher viewership times than the average video at the time. A few months later, when we made the leap to OTT with our Roku app, we saw our viewership-per-install rank DangerTV among Roku’s best performers. By that point, we were pretty excited about our prospects, knowings that DangerTV could work as both a short-form and long-form play.

When did you realize that other platforms could play an important role?

JS: It didn’t take long to realize that, as a start up, it was going to take a while to build enough scale to generate advertising revenue that could cover our operating expenses. We realized that the faster we scaled, the faster we could tap into larger budgets, which would further accelerate growth. Utilizing the infrastructure of platforms like Roku, Samsung TV Plus, and Xumo allowed us to quickly ramp up and reach a large audience.

When did the OEMs come into the picture?

JS: A significant portion of our content is episodic in nature. We knew this type of content belonged on a connected TV set and we had seen rapid growth in the number of connected TVs in the U.S. The other bonus with OEMs is that they make the sets, which means they have the final say on what appears on-screen. We knew our content played well and a big hurdle was discoverability. In a well-curated set of 150 channels, our discoverability would be much higher and allow us to scale across connected TV inventory. When we connected those dots, it was pretty easy to realize that if we saw an opportunity to work with them, we should. In short order, we were in business with practically all of them.

What about the MVPDs?

JS: We’ve been speaking with most of the MVPDs and believe that partnerships could benefit both of us. The fact that we are free and focused on Millennial and Gen-Z  makes us pretty attractive right out of the gate. Our adrenaline-inducing content works well on mobile as short-form, and our full-length content complements their long-form paid offerings. We would also increase their ad inventory going into a pivotal election year. As a free AVOD service, we can help them sell their triple play. For our part, we’re excited about partnering with companies that have been leading the charge in TV advertising for years, and could help move us into the mix with a select group of channels (versus thousands). That would make us more discoverable, and the data already shows that when we’re found, we’re viewed; and when viewed, we sell more advertising. It’s a win-win.

Javier: Almost immediately after we launched on Roku, we started to hear from the programmatic players. SpotX is one of our biggest partners, and has been critical in setting up our programmatic business.

JS: We have approximately 2,000 pieces of content, evenly split between long-form and short-form. We are constantly sourcing more content and want to move into live video as well. We’re also willing to look at alternative content sources that may not be as obvious, like the World Armwrestling League, which can help differentiate us from everyone else and drive views.

Is branded content on the horizon?
JS: Yes, we’re working on our first branded content series with a production house in Australia. We want to start incubating more ideas, build sizzle reels to support them, then attach extreme sports stars or influencers and pitch those series to our biggest programmatic spenders.

Do you think you’ll ever produce your own content?

JS: We have been editing down full-length shows into short-form clips and have also started creating listicle-like stories, so that’s certainly a start! Our branded content initiatives will also help us better understand what we can afford, who we want to work with, and what advertisers or distributors might benefit from danger-centric content that stays within the Parental Guidance guardrails.

Do you think DangerTV will ever be behind a paywall?

Javier: It’s hard to say! We can see ourselves as part of a stand-alone service that works with other leaders in the survival/extreme/crime space. We can also see ourselves working with a strategic partner  that wants a unique AVOD service that can deliver Millennials and Gen-Z audiences and provide us with content, discoverability, promotion, and ad revenue. There’s also an exciting opportunity to complement MVPDs looking to boost their triple play initiatives with both paywall and free options. At this point, it feels like everything is on the table.