If you’re like the majority of U.S. households, you might unwind after a busy day by watching the news or your favorite sitcom on TV. However, rather than receiving your show from a traditional broadcast signal or cable service provider, a growing number of households connect via the internet and stream content. Further, while you are catching up on world news, another family member is reading an article online, while yet another is scrolling through social media apps.

These digital touchpoints have opened up a veritable firehose of user data that advertisers covet, but scandals like the Cambridge Analytica fiasco have rightfully caused concern among consumers. As a result, it makes sense to enact rules and regulations to protect them from data misuse and provide a consistent guideline of protection measures in today’s digital age.

The ad industry has learned user data, such as location, browsing behavior, purchase history, etc., equates to higher values for advertisers. And, the growing amount of content that users yearn for is made possible because of the ad-supported ecosystem. This trend of data collection and activation has contributed to a rise in content distributors and creators who offer their services completely free — so long as the user is willing to watch advertisements and agree to share a bit of data.

One could argue that targeted ads based on data results in a more positive customer experience than irrelevant ads not based on data. Even the historically ad-free subscription service, Netflix, has started testing commercials with their subscribers. While you won’t be seeing the latest Geico commercial (yet), Netflix states they are using this as a benefit to subscribers to help them discover content faster (i.e., binge watch more shows).

That said, restricting data from being used doesn’t mean the consumer won’t get ads. Spotify, for example, states that opting out of tailored ads “does not decrease the number of ads you receive on the free service but means you might see and hear ads that are not as relevant to you.” 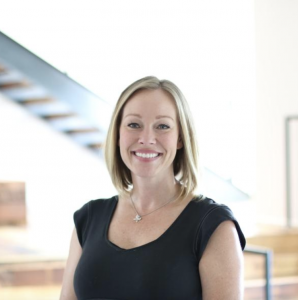 This article was written by Jessica Berman, senior product manager at SpotX.