5 Things for TV Buyers to Consider When Buying Connected TV For several years, the advertising industry talked about connected TV (CTV) as an emergent technology. Great for incremental reach or performance campaigns – but lacking the scale to make it a true rival to traditional TV.

And then, 2020 happened, and the way in which people watched ad-supported television changed forever. Cable subscriptions plummeted, CTV viewership skyrocketed, media owners moved into the space at speed, and new behaviors have become set in place.

Now, CTV is for everyone – which means that advertisers are thinking differently about how CTV should show up on their plans.

According to the IAB, more than half of buyers are shifting dollars from broadcast and cable TV advertising towards CTV, and eMarketer reported that 60% of advertisers already using CTV plan to increase spending in 2021.

To support those looking to step up their CTV game, we’ve created a new SpotX University course, “CTV Is for Everyone: A Buyer’s Guide to CTV.”

We cover topics including the evolved TV landscape, inventory quality, budget reallocation, demo balancing, targeting, and measurement – and address many of the questions commonly asked by advertisers.

Five key takeaways from the guide include:

It’s undeniable that CTV has become an essential tool for advertisers to reach audiences at scale. Take the SpotX University course and download the guide to take your CTV expertise to the next level. 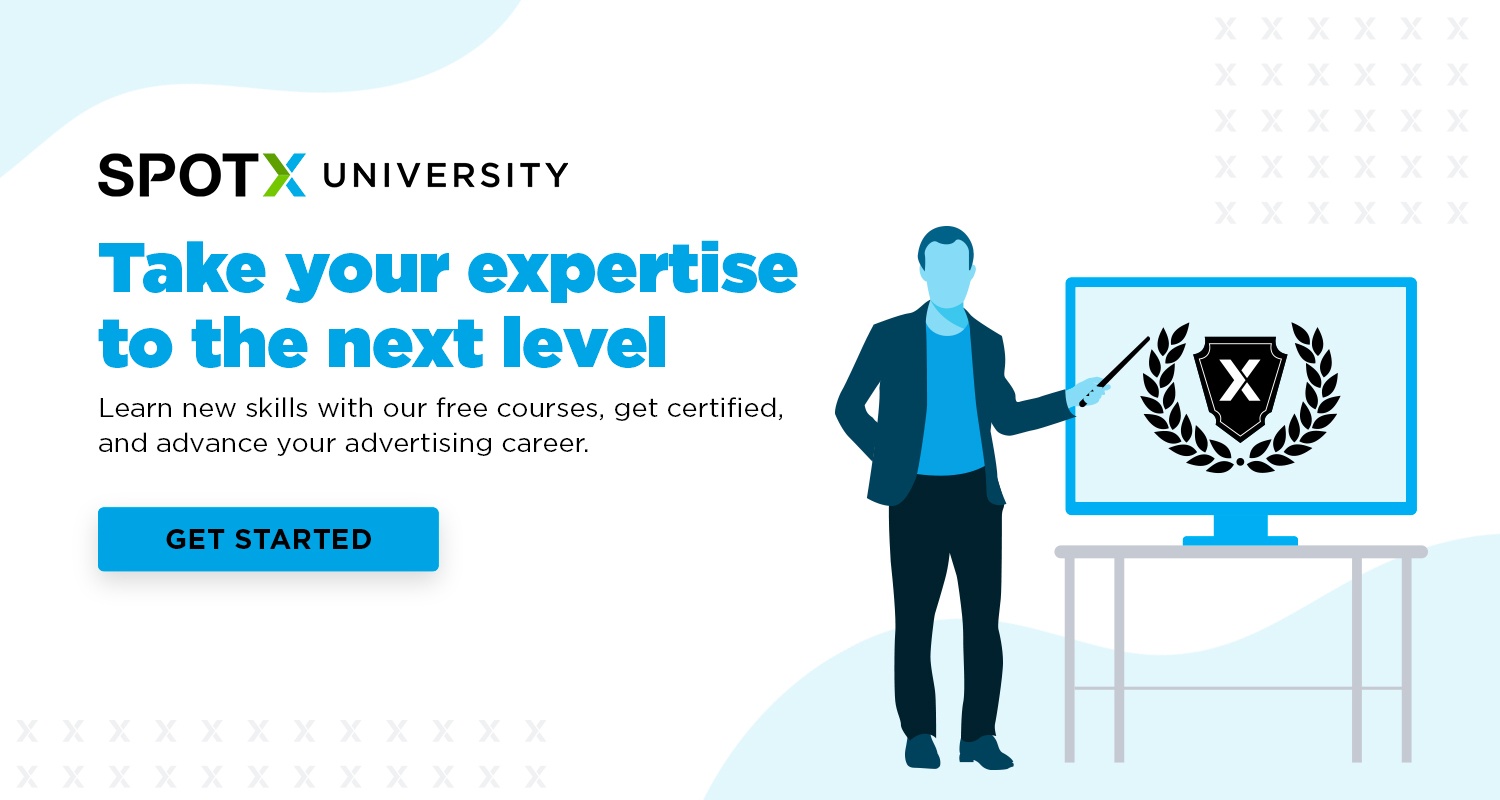 Paul Calderbank is the Senior Director of Marketing Insights and Innovation at SpotX, where he leads the development of sales-focused marketing material and is a senior custodian of the SpotX brand. He has an extensive background in media and advertising, including marketing roles at Gannett and Haymarket Media, and leadership roles at several ad agencies. He has served on the management team of a successful startup acquired by Oracle Data Cloud, where he went on to build and manage the Media & Entertainment consultancy team. Originally from Manchester, England, Paul currently lives with his wife and two children in Denver, Colorado.