The Biggest Ad Tech Stories of 2018

Before we head out for the holidays and come back in the new year, let’s take a look back at the biggest ad tech stories from 2018.

No other story made more of an impact on advertising technology this year than the General Data Privacy Regulation (GDPR). Companies had two years to prepare for GDPR, but many were still unprepared when the legislation went into effect on May 25, 2018. Several U.S. news sites, including the Chicago Tribune and Los Angeles Times blocked all visitors it detected as being from the European Union (EU).

GDPR was designed to give EU residents more control over their personal data, and although the legislation was created by the EU, it had sweeping implications for companies across the globe. GDPR applies to any company that handles personal data originating in the EU — regardless of where the company is located.

Although GDPR is a complex topic with many nuances, its biggest impacts on the ad tech industry were:

GDPR sent product roadmaps into a tailspin for the first half of the year as companies across the industry rushed to implement the IAB’s GDPR Transparency and Consent Framework. This framework established an industry standard for capturing user consent for data processing and “signals” this information across the supply chain.

We all survived the implementation of GDPR, so we’re good, right? Not so fast. Consumer privacy will continue to dominate headlines in the coming years as other countries and U.S. states seek to protect their citizens’ privacy in the digital age. Expect to hear much more about the California Consumer Privacy Act next year, as companies rush towards compliance prior to the January 1, 2020 enforcement date.

Transparency has been a hot-button topic across the ad tech industry for years. This year, however, after a tumultuous summer headlined by an uproar over the practice of bid-caching, ad tech vendors were forced to put a stake in the ground and double-down on their efforts to provide more transparency to brands and agencies.

In October, six top advertising exchanges — including SpotX — signed an open letter to the industry committing to three core principles that will guide their operations moving forward. Programmatic is an inherently complicated business and marketers have struggled to gain a complete understanding of their ad investment.

The issues of ad fraud and viewability have been well-documented, but transparency no longer just means that brands know where their ads are running. Transparency now includes providing full disclosure to advertisers of the various players involved in the supply chain and the fees and charges of each.

Here are some of the top ways the industry has worked to combat issues of transparency in 2018:

When legacy broadcast TV providers reported that consumers were abandoning their traditional cable services in favor of streaming services faster than originally forecasted, it made waves across the industry.

This trend represents an evolution for the traditional broadcast TV industry, and many players in ad tech see this as an exciting opportunity that will help fuel growth in the OTT advertising sector.

Consumers are transitioning to streaming services in record numbers. In May 2018, Hulu announced they had reached 20 million subscribers across all of their ad-supported, live TV and commercial-free plans. In Q2, Roku announced its active accounts grew 46% to 22 million.

It’s not all bad news for the traditional cable providers, however. Virtual MVPDs like DirecTV Now and Sling TV have seen record subscriber growth over the past year. For example, DirecTV Now added 342,000 new subscribers in Q2 2018.

As consumers continue to find live TV programming digitally, it will become increasingly critical for advertisers to reach those viewers where they are watching content. Ad revenue for OTT services is growing exponentially faster than national TV ad revenue.

“We’re seeing a rapid shift in the consumption of linear TV through virtual MVPDs and direct-to-consumer apps,” according to Kevin Schaum, senior director of Advanced Solutions Group at SpotX. “This evolution towards online delivery of TV content is creating huge opportunities for media owners to monetize with addressable advertising and for brands and agencies to reach their audience with personally targeted, addressable ads.” 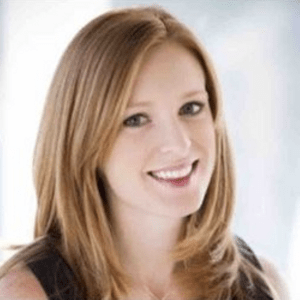 This article was written by Courtney Touchstone, product marketing manager at SpotX.