PTV from A to Z

How to impress your colleagues with an expansive Programmatic TV vocabulary

In the first post of our PTV series, CTV vs PTV – WTF Programmatic, we examined the differences between PTV and CTV and the relationship between the two acronyms. While this might have added a couple new ideas and key terms to your repertoire, there is still an entire set of new industry terms and concepts related to PTV that are worth exploring. The cross-pollination of ideas between TV and digital video has created new concepts such as advanced television, broadcast, unicast, connected TV, addressable TV and acronyms like ACR, SVOD, OTT, which are all frequently referenced on industry panels. To better understand how these constructs work together, we’ve created a glossary of the most common PTV terms. Master terms like ACR to Zoning to impress your colleagues with your A to Z PTV knowledge.

ACR (Automatic Content Recognition): Digital fingerprinting technology that recognizes audio or video content, matches it to a database and provides users with additional information about the content without further user search efforts.

ASVOD (Ad Supported Streaming Video On Demand): Video on demand (see VOD) supported through an ad based revenue model where consumers watch ads in exchange for the ability to consume content.

Broadcast TV: Publicly broadcasted television programming that use a standards based approach to transmit and receive terrestrial television signals. Broadcast TV relies on public airwaves and is regulated by the FCC.

FEP (Full Episode Player): An online video player dedicated to playing full episodes of a program that could have potentially aired live.

Live Streaming: Video and audio content broadcast in real-time over the internet.

Long Form Video: Video content that features a beginning, middle and end that typically runs 10 minutes or longer, as defined by the IAB. This includes professionally produced content as well as user-generated content.

Multicast TV: A digital television technology that uses a one to many distribution method in which an emitter sends the same content to multiple receivers simultaneously.

OTT (Over The Top): Content delivered via the internet rather than cable pipes or satellite signals.

Programmatic TV: The technology-based automation of the planning, buying, measurement and optimization of traditional television programming.

Short Form Video: Video content that generally has a duration less than 10 minutes, as defined by the IAB.

Streaming Device: Any device with integrated internet capabilities that can receive and display long form content, such as an Apple TV, Roku or Xbox.

SVOD (Subscription-based video on demand): Video on demand (see VOD) supported through a subscription based revenue model where consumers pay a monthly fee in exchange for the ability to consume content.

Unicast TV: A digital television technology that uses a one to one distribution method in which an emitter uses a dedicated video stream to connect with a receiver. Through the use of targeted audience data, Unicast TV can use the dedicated streams to deliver personalized TV content to users.

VOD (Video on demand): Allows consumers to watch programming at their leisure rather than having to wait for a scheduled broadcast time. 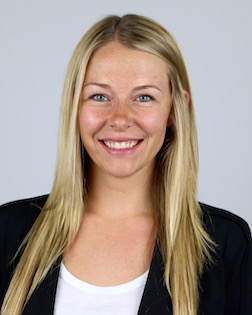