Consequences of GDPR: Was it Y2K or the Real Deal?

The GDPR enforcement deadline has come and gone. We all remember the headlines. Doomsday. Apocalypse. Disaster. Panic. Madness. Insanity. The End of the World.

Y2K is famous for being one of the biggest and sensationalist “nothings” in history. The world collectively spent more than $100 billion to prepare for it, and it came and went with only a few, almost comical, news headlines like a $91,250 overdue video rental fee.

If you don’t recall, the Y2K bug was identified when researchers realized that most computer programs written in the 1990’s and prior used two digits to abbreviate the year to save memory. The risk was that, although the programs could read “98” as 1998, they wouldn’t understand that “00” was the year 2000 rather than 1900.

Many feared that when we reached January 1, 2000, computers around the globe would malfunction catastrophically; this fear led to global cooperation to solve the problem and modernize infrastructure. We’ll never know what would have happened if the world didn’t respond the way it did, but it certainly was a great case study in collective response and action. 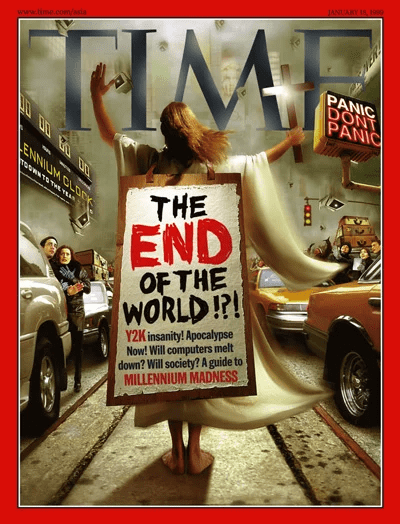 Does this sound familiar? Over the past few months, we’ve seen many of the same prophecies in ad tech regarding GDPR. In fact, after only minutes into the GDPR enforcement era, Google and Facebook were sued for a collective $10bn. This is in addition to the mounting outrage that these companies will increase their market power as a result of the law.

Already, Fortune 500 companies alone have spent nearly $8bn getting ready for GDPR; compliance remains an ongoing process so this figure will only continue to climb, especially considering that this doesn’t include any fines regulators will levy against violators. 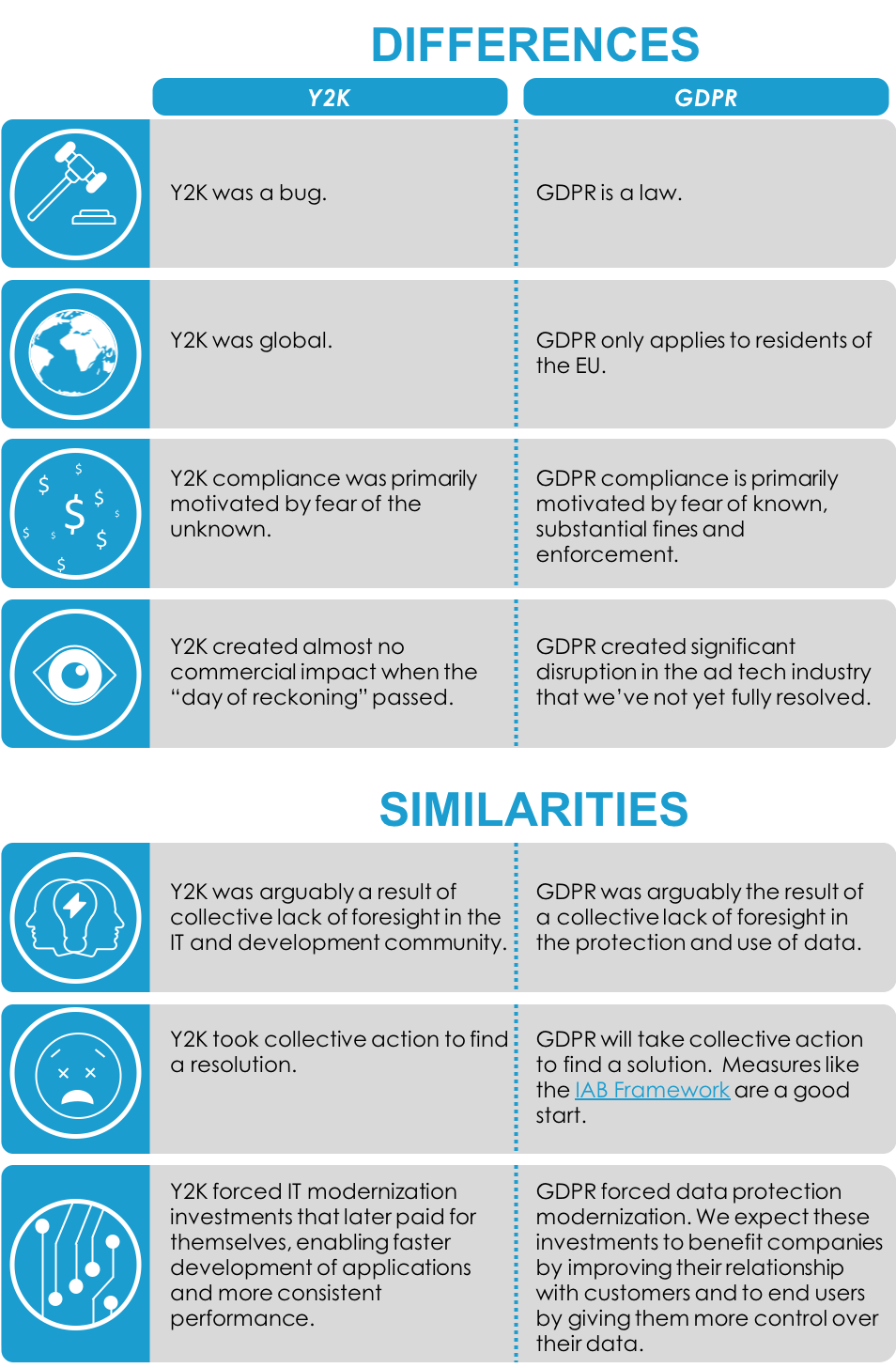 Did GDPR blow over in the same way Y2K did?

Hardly, or at the very least, not yet. It is quite clear that uncertainty in the law and varying degrees of commitment from many in the ad tech industry have led to significant (hopefully short-term) disruption. Digiday pointed out that demand “plummeted” over enforcement weekend with volumes dropping 25-40 percent. This doesn’t include the drop in supply from publishers pulling out of Europe entirely, the reduction in consented users, or the disparity between publishers and vendors processing data using legitimate interest rather than consent.

Still, there is hope. Publishers are implementing new ways to incentivize consent, and there appears to be momentum toward an industry-wide solution in the IAB Framework, though it still needs a lot of work. SpotX will keep a close eye on developments in the industry and will inform you of any important developments. 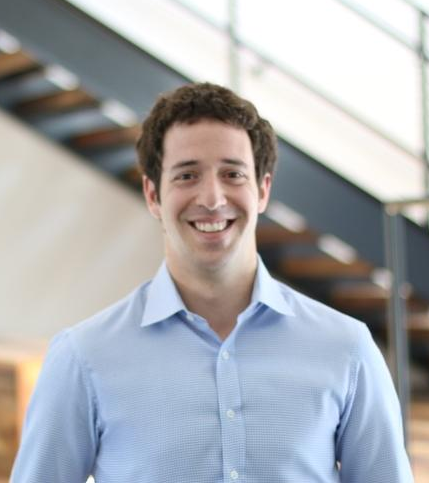