“How important is audience engagement for the success of video advertising campaigns?”

These are common questions about the emerging 360° video format, a subset of the virtual reality (VR) advertising space. We spoke to Michael Rucker, Co-Founder and COO of OmniVirt, a 360° video advertising platform and a SpotX partner, to find the answers.

When it comes to getting started with 360° video, advertisers are often overwhelmed with the prospect of leveraging this new medium. Getting started doesn’t have to be a daunting task, according to Rucker. It can be as simple as purchasing an affordable 360° camera, creating some introductory content, sharing it with viewers, and iterating from there.

Major Fortune 500 brands have taken the plunge in developing 360° video experiences. “We see adoption of 360° video advertising across almost every vertical. I think the most obvious candidates include entertainment clients like theatrical companies creating immersive trailer experiences for the releases of their films, auto clients putting consumers in the driver’s seat, or airlines making consumers feel like they’re actually there,” notes Rucker.

Through an innovative strategic partnership, SpotX and OmniVirt are able to deliver 360° video advertisements at scale on premium inventory. We recognize that the benefits of VR for advertisers are immense from both an engagement and monetization standpoint.

According to Rucker, “We see uplift in time spent, interaction, engagement, shareability, and brand recall. Clients are looking for performance and want to make sure that the campaign is getting a return on ad spend. What we see with 360° video is consumers engaging and interacting and delivering greater campaign impact for our clients.” 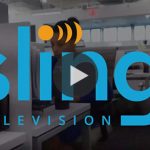